The 2021 season has come to an end.  Please check back here around August 2021 to get updates on next season and registration details.

The ADHL is a competitive recreational adult ice hockey league comprised of skilled players that have played as a child to moderate "beer league" players as well as novice beginners trying to learn the sport.  This sport as grown exponentially in Abu Dhabi and the ADHL has become a home for hockey lovers to continue their passion for the sport, learn the sport, make friends and have a good exercise.  Please join us and don't hesitate to contact us with any questions. 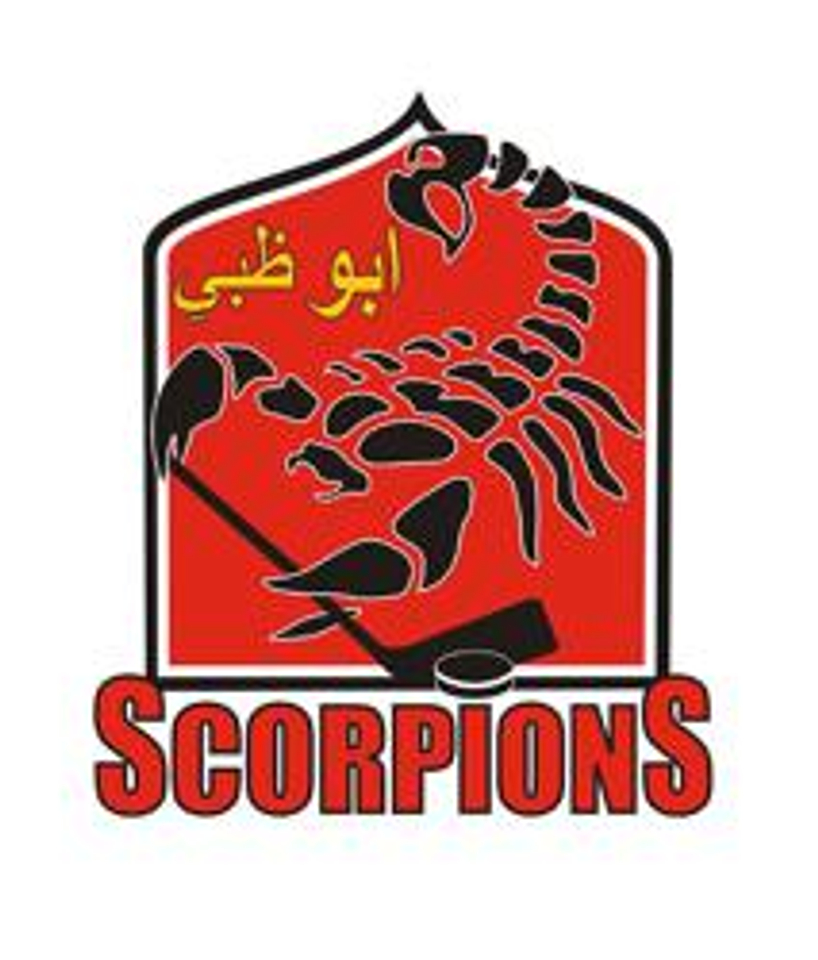 The first logo of the Abu Dhabi Scorpions was born out of the idea and design by two of the founding ADHL members: Kelly Ryan and Michel Giguère.

The logo shows a black skeleton scorpion holding a hockey stick and shooting a puck. The name of the capital, Abu Dhabi is written in Arabic at the top left corner. The yellow color of the font represents happiness, energy, and sunshine. The red background emphasis activeness, intensity, passion, and aggressiveness, all values our hockey club stands for.

The scorpion, the hockey stick, the puck, and the words Abu Dhabi are placed inside a traditional Arabic design to honor the culture of our host nation.

Beneath the Arabesque shape the word Scorpions is written in capital letters to show the importance of the word and the pride in our name.  The word is colored red to remind all members of the Abu Dhabi Scorpions Ice Hockey Club and the ADHL of the core values of our small hockey community: trust and love. 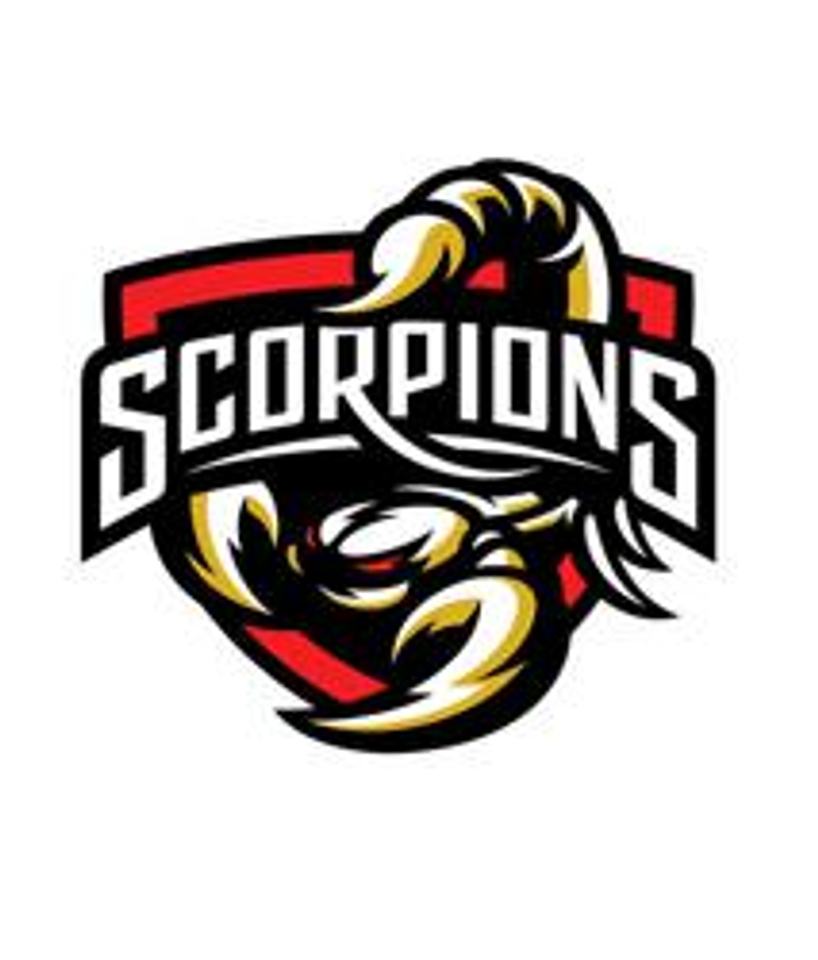 After more than a decade of using the Abu Dhabi heritage logo it was time to make a bit of a change. The Emirates Hockey League (EHL) teams all used new or modernized logos and so it was decided that we need to update our logo as well, without losing the core features.

Norm Labbe and Guenther Jahrmann took on the task to design a new, modern, and more sports club like logo in early 2016. The Scorpion has undergone a facelift but kept the overall shape and looks in the same direction.

The word Scorpions has moved between the body and the tail of the Scorpion to give it a sleeker and modern look and feel. The main colors red and black are still prominent throughout and yellow, before used as Abu Dhabi in Arabic, was replaced by gold.

Abu Dhabi was removed due to simplicity and because the official team name already includes Abu Dhabi; the shape was replaced by a modern crest shape. 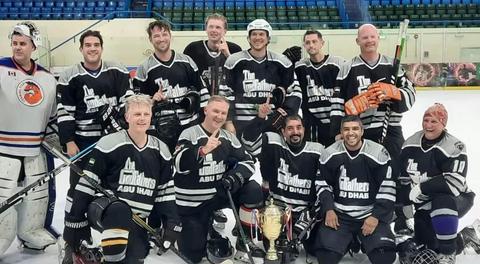 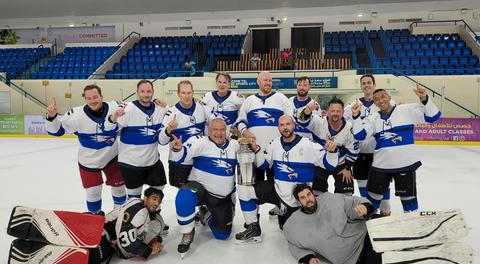